Our modern version of the 3 Pigs is pretty tame. I recall that in 8th grade, my Latin class translated and then performed The 3 Little Pigs (Omnia de Tribus Parvis Porcis) as a play. I was cast as the Big Bad Wolf. I’m pretty sure Mrs. Adee typecast me for my loud mouth.

As I, lupus maximus, went to each pig’s house and blew each house in, each pig subsequently ran to the next house. I recall we used a refrigerator box, with each of its three sides decorated in straw, sticks, or bricks. As I blew each house in, we spun the box to the next side. It was genius junior high set construction. Anyway, no pigs, in our version, were gobbled by the wolf. At the end, I kicked my wolf-foot in frustration at the brick façade of the refrigerator box, and stomped off the stage while the pig-brothers did a gleeful jig at my disappointment.

Compared to its original telling, our translation was downright wholesome.  (Mrs. Adee must have vetted the version that we translated.) The original version from 1886 has the first two pigs eaten voraciously up by the wolf. The last pig tricks the wolf down his brick house chimney into a pot of boiling water to make some wolf soup out of him. Savage.

As with most fairy tales, there are countless versions of The 3 Little Pigs that run the gamut of variation. There is one version titled The Three Litte Javelinas, which re-contextualizes the story in the American Southwest, with the wolf replaced by the coyote and the smartest sibling a sister, whose brick home is made of adobe bricks.

Another version tells the tale from the Big Bad Wolf’s perspective, where he claims the he visited the pigs’ houses to borrow some sugar, and his hay fever induced some huffing, puffing sneezes that accidentally took the houses down. (And who wants to waste good pork chops? He had no choice but to eat the first two pigs.)

An even more distinct version tells the story of The Three Little Dassies (guinea pigs). These three sisters strike out on their own in Namibia. Their nests of sticks and brush are threatened by an eagle.

Fairy tales are great for easy morals. For The 3 Little Pigs, regardless of the version we consult, the moral is pretty clear: work smarter and learn from the mistakes of your predecessors. Hard work and perseverance pays off. Moreover, sometimes the best way to go about a project is to do so with care, and to take more time to do the project RIGHT the first time (rather than have to re-do shoddy or hasty work).

However, there’s a larger, more overarching lesson if we consider the versions (and there are many) together:

Revisions and refreshes are the creative moves that invite timelessness. Sometimes a remix allows us to see a narrative with a fresh set of eyes, or allows an old story to have new legs. Many fairy tales were, in their original forms, meant for adults. Yet as they evolved to be geared toward children, the stories evolved.  They had to. We also see this with the multi-cultural versions of the story: by changing the animals and settings, authors are able to breathe new life into an old story. The re-imagining of the stories allows readers from a diversity of backgrounds to feel resonance with the narrative.

With the power of three (photograpy, videography, and design), Hayman Studio is a powerhouse of rebranding and re-imagining narratives so that they are fresh and impactful to the right readers. One of our favorite projects is to take a business’s long-held brand and give it new life. We renew visual identities by ensuring that the established values are preserved, but introducing new, exciting energy to the look and feel.

Is your story ripe for retelling? Can you reach new audiences with an upgrade and revision? Hit us up. We love a good story, and we love tell new ones. 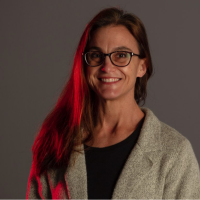